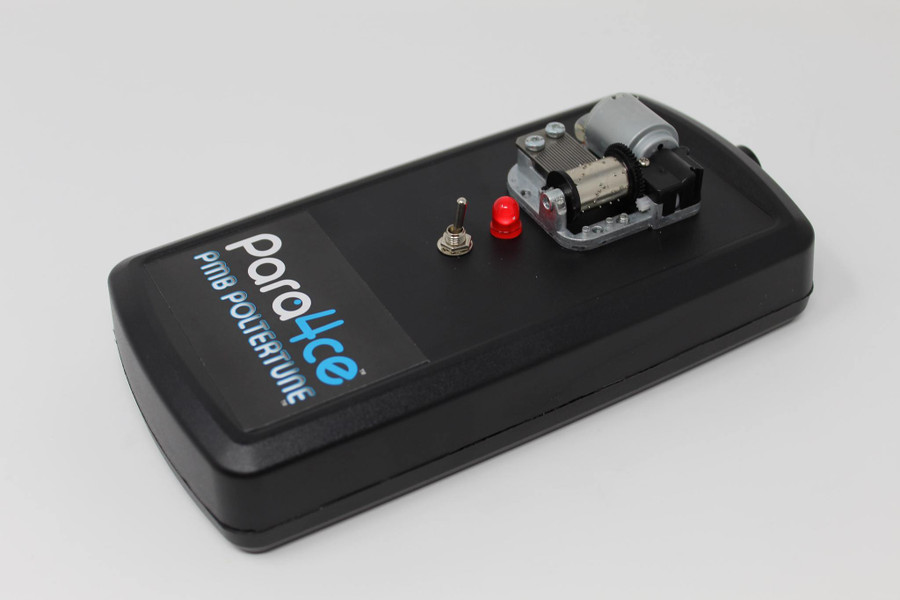 A new version of the original PMB at a much lower price! The original PMB has become a real hit within the paranormal world and is for example often used by Zak on TV’s Ghost Adventures. The PMB is an amazing instrument that delivers results. However, the Original PMB’s price tag puts it beyond the budget of many paranormal teams and hobby ghost hunters. Para4ce has now released this new version, made in USA, that doesn’t have the costly beautiful high-quality wood coffin shaped body of the Original PMB.

How Does it Work?

When anything seen or unseen passes in front of the front of the POLTERTUNE, its red light lights up and a creepy tune begins to play. This makes it very easy to know when something has triggered the PMB POLTERTUNE!

The POLTERTUNE doesn’t have to be stationary during an investigation as the Original PMB. In other words you can carry the PMB POLTERTUNE around and investigate!

The POLTERTUNE requires no calibration before you begin to use it.

The PMBs also work as a trigger object. Entities from past centuries are seemingly able to relate to and like the fact that the PMB features a music box that they can set off so it plays.