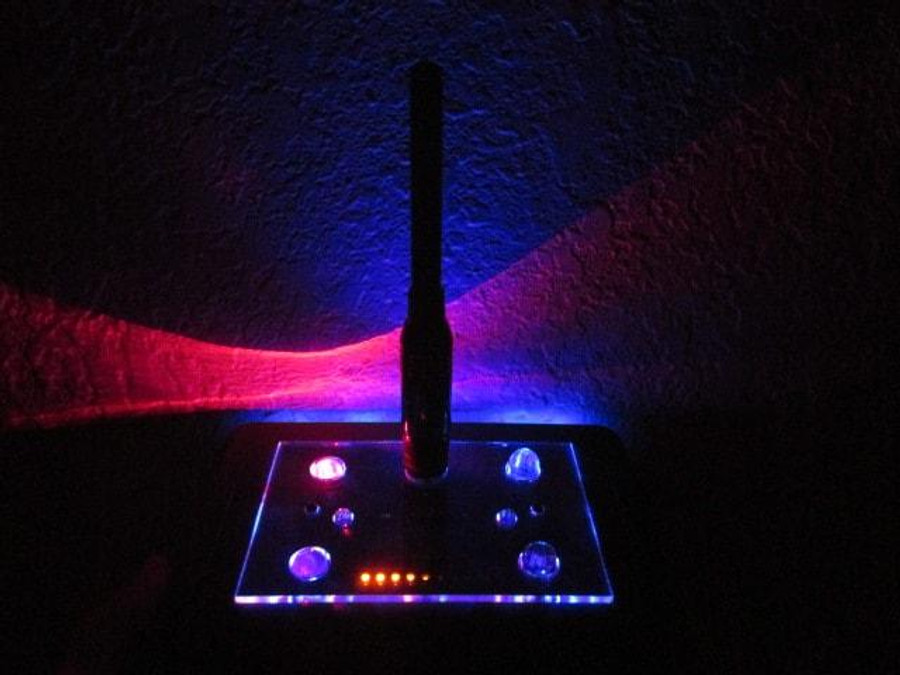 The QUAD allows you to compare 4 different environmental variables at once + the EMF scale lights reacts to both AC and DC (natural) EMFs. The QUAD will make your Investigations easier since you will need fewer pieces of equipment to carry and set up and monitor. You can see all the action on one piece and keep track of the 4 of the most important of environmental changes for paranormal research. If more than one of the 4 variables monitored are triggered then you have extra strong evidence of paranormal activity.

How Does it Work?

The Para4ce Quad is everything you need to gather evidence during your investigation. It is an EMF detector (including static energy), POD, Vibration Sensor and Temperature Detector! To do this, the ParaForce Quad has each function working on an independent circuit so that each can detect without interference. A different specific tone is generated for each type of response.

Each feature has a power button, located on the back of the Quad. Individual functions may be used all at once or one at a time, depending on your preference. Temperature can be measured in either Fahrenheit or Celsius and there is a general reset that resets all the functions. The reset button and temperature switch are located on the bottom of the Quad’s stand.